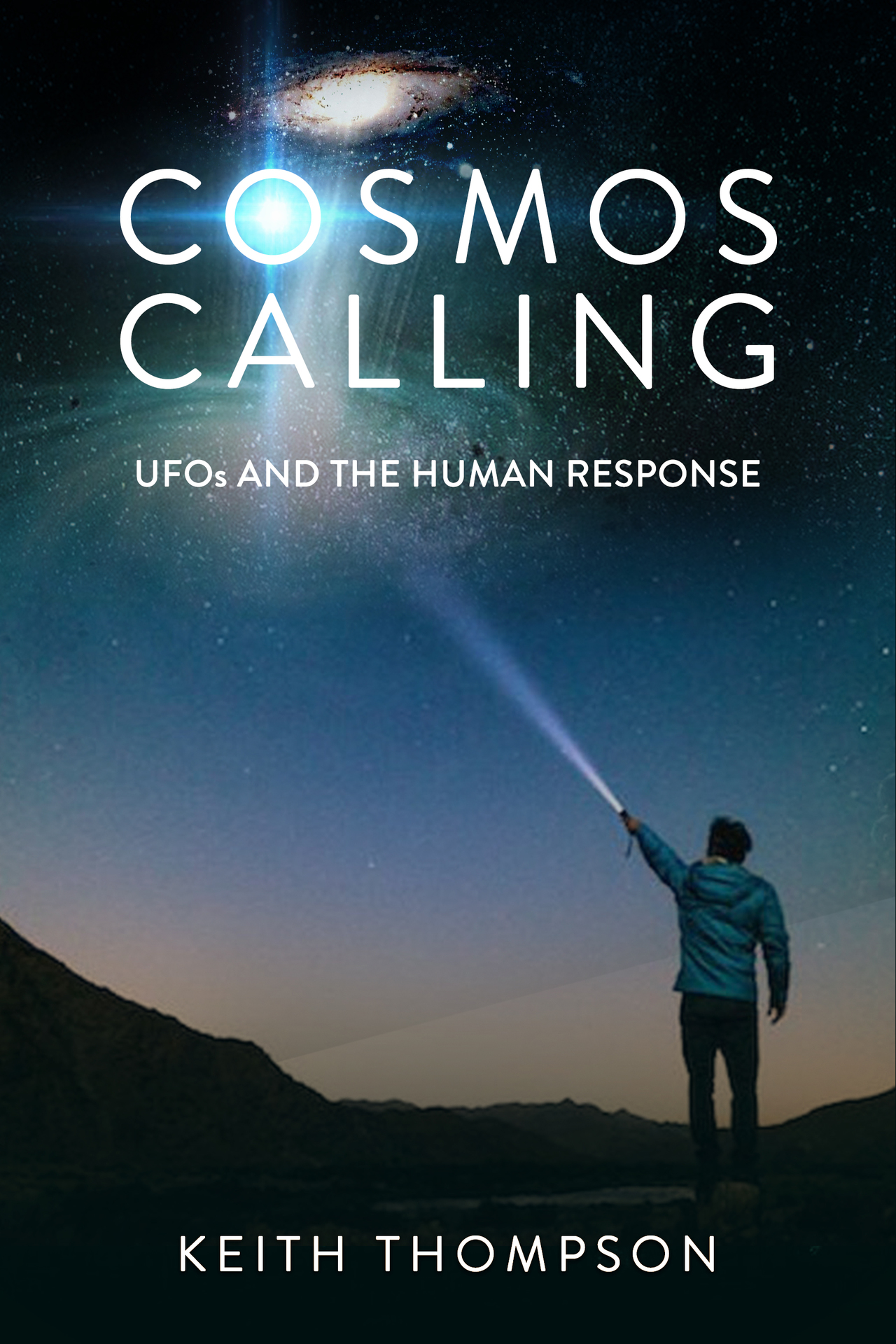 My main writing project these days is a new book about the UFO phenomeneon, a sequel to my book Angels and Aliens.

The working title of the new book is Cosmos Calling: UFOs and the Human Response. Here's an overview:

"The phenomenon is decidedly real, simultaneously physical and spiritual, and a form of intelligence capable of altering the perceptions of witnesses," declares veteran UFO observer and reporter Keith Thompson in this much-awaited sequel to his book Angels and Aliens. Though many assume UFOs first appeared in the post-WW2 era, Thompson shows UFOs to be a mainstay of history across diverse cultures. He explores the modern flying saucer era against the backdrop of visionary experience: angelic visitations, near-death experiences, shamanic journeys, religious miracles, and the Celtic fairy faith.

In Cosmos Calling, Thompson chronicles his pursuit of the UFO mystery for several decades, highlighting his encounters with important cultural figures in search of insights about the phenomenon. New York Times reporter Ralph Blumenthal credits Thompson with introducing the late Harvard psychiatrist John Mack to accounts of alien abduction of humans, specifically the parallels between such reports and traditional rites of transition or initiation. Thompson tells of being invited by philanthropist and civic leader Laurance S. Rockefeller to join a discreet initiative to lobby then President Bill Clinton to disclose government-held UFO information. In addition, Thompson chronicles his friendship with Apollo astronaut Edgar D. Mitchell, the sixth human to walk on the moon, and recounts discussions (and a few friendly disagreements) with Mitchell on how best to interpret UFOs and non-ordinary phenomena of various kinds.

Thompson notes that in many traditions, "calls" of various kinds — trumpets, chants, gongs, rattles, songs, or drums — precede prayer and meditation, rites of passage, spiritual awakenings, and major life events. Just as the purpose of such calls is to summon individuals from their daily rounds to a new level of awareness, Thompson argues the UFO phenomenon represents a "call from the cosmos" for humanity to open to greater dimensions of reality, mindful of both risks and opportunities in such a venture.

"A call is only a monologue until it is answered," Thompson contends. "When there's a return call, a response, a dialogue begins. Whether our visitors are from other galaxies, or from poorly understood dimensions closer than we have imagined — or perhaps both — the message from the cosmos is that our current maps of reality are far from complete. Simply said, the idea that we are alone in the universe is no longer credible. Coming to terms with this recognition may prove as pivotal for our species as that moment at the dawn of history when a perceptive primate awakened to the awesome fact of self-awareness. May we respond to this call with boldness, wisdom, and grace.