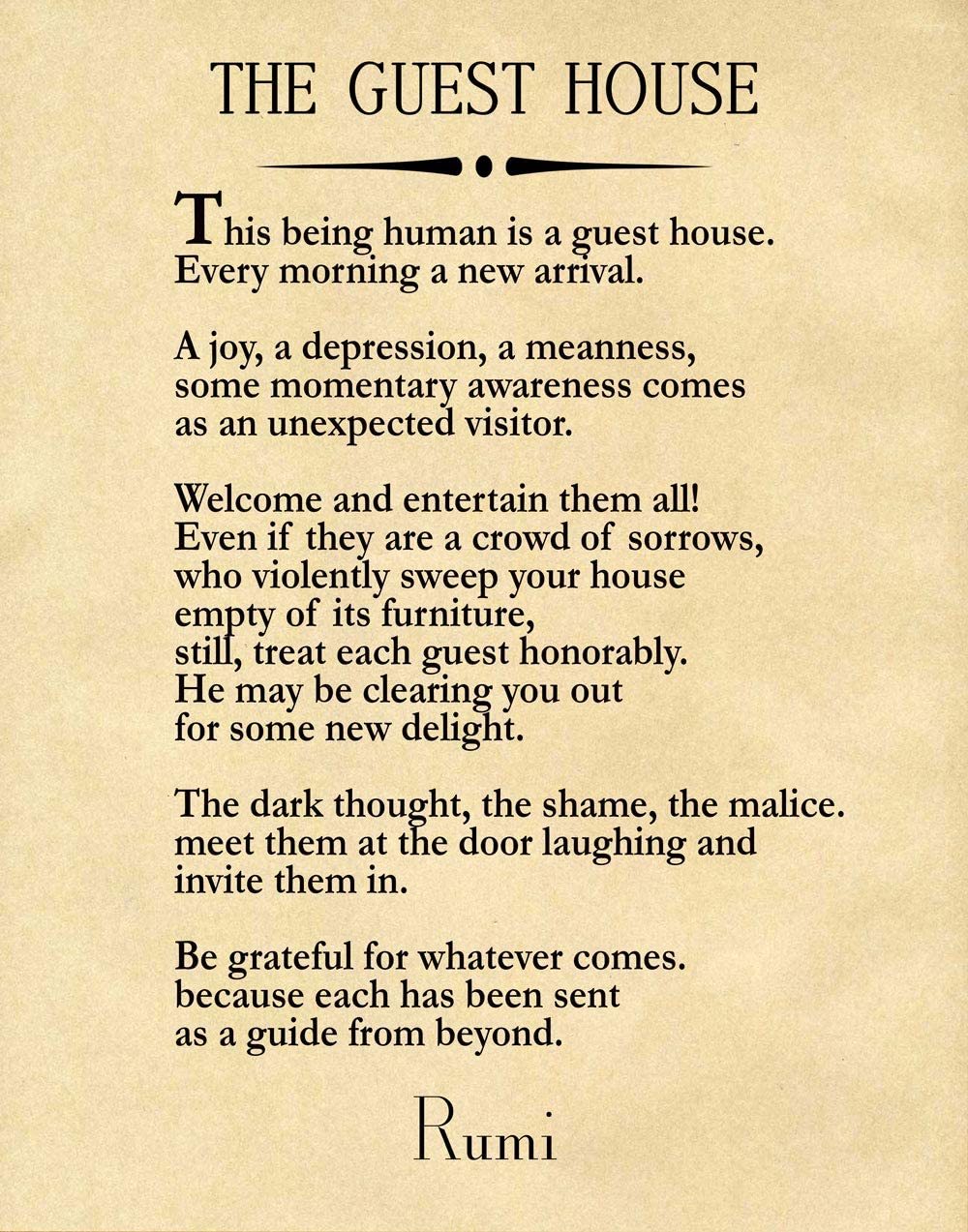 Over the recent Independence Day weekend, I found myself unexpectedly online arguing for the Constitution as a time-tested beacon of America's founding principles. In a break with annual tradition, National Public Radio ran a feature examining what equality means and has meant in the Declaration of Independence, breaking with its tradition of reading the document on the air. And then I ended up in a dispute with somebody I didn't even know.

When the online dustup was over, I was left with a startling recognition. In making my case for our national charter, I found myself unable to speak beyond generalities because I had never studied the Constitution systematically, or even read it all the way through.

More than startling, this was mind-blowing. As an educated American by birth with more than 60 years of living, I realized in many respects I was a citizen in name only. I support candidates I believe in, attend the occasional political rally, vote without fail. Still, this raises a fairly low bar. I felt a sudden surge of enthusiasm to be a citizen by choice. I knew this would take preparation and training. I couldn't wait to get started.

Let me start by thanking the online stranger who openly admitted his disdain for the Independence Day celebration. His thinking gave me incentive to start delving into the Constitution at a level far deeper than the minimal knowledge required to pass the written test to become a U.S. citizen. Toward that end, I enrolled in an independent study course on the Constitution, offered online through Hillsdale College.

I've already begun exploring the ideas at the heart of America 101: natural rights and the American Revolution, the theory of the Declaration and the Constitution, majority tyranny and the consent of the governed, the crisis of the Civil War, the Progressive rejection of the Founding, post-'60s liberalism and contemporary politics.

I'm not wild about current political labels. When pressed, I generally count myself a classical or original liberal, on the side of freedom as a first principle — free thought, speech, assembly, worship, enterprise. Moderate of temperament, the closest I get to absolutism is being on point for what's actually stated in each of the 10 amendments that make up the Bill of Rights. By my sights, it's not a "maybe, please" wish list.

In its Independence Day seminar on equality, NPR hosts emphasized that American actions have not always been in accord with our creed about equality of opportunity. This is evidenced by slavery, Jim Crow and women excluded from voting. The person I ended up in an online argument with pushed things further, taking America to task for its lack of equal outcomes for everyone.

But equality of condition is not actually an American idea, and it's what got me riled. What the USA stands for is equality before the law. Mobility is built in to our societal software. Through motivation, preparation and learned skills, Americans of diverse backgrounds and beliefs can overcome obstacles and change destinies. This is why so many people from everywhere, as Neil Diamond sings, want to keep "coming to America . . . today."

And let's remember that when Dr. King called America to "live up to the true meaning of its creed," he made the point by citing the gap between the Declaration as a marvelous blueprint for equality, and our nation's having fallen short of honoring and enforcing the clear language of the 14th Amendment's Equal Protection Clause.

Consider this a love-letter to the freedom fighters of 1776 for setting a standard to keep living up to, and to the country I have always called home even when it has seemed adrift or abjectly misguided and in need of course correction. Thank you, Justice Louis Brandeis, for this: "The most important office in a democracy is that of citizen." Who will channel Paul Revere's warnings now? Who else but us, ever.

What about you? Perhaps you felt bored by the way America was taught in high school. Or maybe you're among those who doubt this country is anything special, but also open to evidence that we are. It's possible you need no convincing that the United States is exceptional, even if you can't always put the feeling into words.

Whatever your starting point, please consider renewing your own commitment to ensuring that the powerful words of the Constitution and Declaration live not just on parchment but pavement, as well. Let's keep making liberty street-wise. When it comes to defending due process, limited government and the blessings of liberty: the right time is always now. Meet you there?

Meanwhile, I've got studies waiting. May you be inspired to live more fully into President John F. Kennedy's call to action: "We are the heirs to that First Revolution." It is up to us to make it real.

If Celebrating Diversity Matters, Maybe it Should Apply to Viewpoints?

Last year, when I was still in Sonoma County, California, planning a move to Boise, an acquaintance sounded a warning.

"You know there are a lot of Christians in Idaho, right?"

The way he said this—leaning-in, hushed-tones, word-to-the-wise—definitely caught my attention.

"And why would that be a problem?" I said.

My dialogue partner, a proud progressive whose vehicle displayed a "Celebrate Diversity" bumper sticker, shifted his posture abruptly, as if positioning himself. The curtain had opened on another scene in the kabuki theater of polarized ideas now sweeping the nation.

"No," he said. "I'm talking fundamentalist Christians." His voice and expression were solemn. You know the way people who claim to be broadminded and inclusive often get when being contemptuous of viewpoints other than their own? That kind of solemn.

"So the most dangerous Christians are those who take their faith seriously?"

He didn't appear pleased with this turn in the conversation. I was up for a pleasant exchange of views, but his aim was to score points. He seemed to be looking for an exit strategy.

In fairness, I've done my share of this sort of loaded rhetorical maneuvering. I recognized his quandary.

My location advisor got one thing right—statistics confirm there are a lot of Christians here in beautiful Idaho. Safe to assume I probably cross paths with many each day. It's hard to say for sure because nobody has yet come up and put me on notice: "You do you know I'm a Christian, right?"

Remarkably, not a single local zealot has tried to smite me for heresy or stone me for blasphemy, Old Testament style. Given that the sins I merely consider committing on an average day could easily put me in the bull's-eye of serious wrath, I'm much obliged for the leniency. Hoping the lucky streak holds.

Did I mention that before leaving California after more than three decades, quite a few progressives also cautioned that I would find large numbers of "right-wingers" in the Gem State? Some would advocate things like limited government, personal freedom, individual responsibility. Many would certainly be armed—you know, with actual firearms, locked and loaded, toting pocket-sized constitutions, the whole nine yards.

These warnings invariably came with ominous undertones. "You know what you're getting yourself into?"

Now that I'm established in Boise, there's no denying what I've gotten myself into—steel yourself, big news coming. What I seem to be settling into is a community where the predominant vibe is: live-and-let-live.

I can't say this really surprises me. It's the attitude I extend to fellow humans every day. Experience has taught me that being open to, and respectful of, the opinions and behavior of others, as a rule of thumb, is a fine strategy for getting along, not to mention good etiquette.

Simple manners, remember those? I sometimes fall short, but that doesn't cancel the norm.

Here's another thing I've learned from experience: People who hold religious or political views that might diverge from mine, don't automatically merit me presuming them "dangerous." But that was exactly the supposition taken as truth by my numerous California confidantes regarding large groupings of Idahoans they hadn't met and knew nothing about.

Ironically, few of them bothered to ask what my political views might actually be. All the easier to assume the guy questioning assumptions must be some paleo-conservative. Even more fun: their flummoxed look when I identify myself as a liberal, a classical or original liberal (emphasis on freedom of thought, speech, assembly, worship, enterprise).

Psychologists have a concept, "projection," for the process by which individuals attribute to others what's actually going on in their own minds. Easy example: people who are unknowingly self-critical may be hypersensitive about people being critical of them.

Or people who claim to dig diversity, casually assuming other people dangerous, based solely on their peacefully held views and practices.

My earnest alarm-sounders weren't wrong about the dangers of intolerant people. It's like they didn't know where to look. Sometimes a mirror is a really good place to start.

On rediscovering that the basic American idea is equality of opportunity, not guaranteed outcomes. (Idaho Statesman, July 25, 2022)

If Celebrating Diversity Matters, Maybe it Should Apply to Viewpoints?

Imagine inclusive in the original sense: willing to engage views other than your own, openness to disagreement. A few fathoms short of rocket science, but here we are, recounting basic things.